Get it on Amazon
First published in Lovin’ Malta. 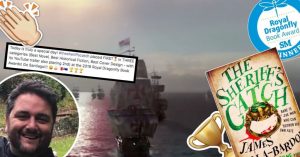